Enjoy an evening of traditional patriotic favorites and American Top 40 hits featuring "Flight One" from the United States Air Force Band of Flight. The night also features an exciting flyover by the Cincinnati Warbirds and is topped off with a brilliant fireworks display! Celebrate Independence day with us at the Columbus Commons. Wear your red, white and blue and be sure to pick up your American Flag at the gate.

Tim owns and flys a one-of-a-kind RV-8A. He is an active Cincinnati Warbirds and Red Star pilot, aerobatic/airshow pilot and air race pilot who took first place in the Indianapolis Air Race.

Jim owns and flys a Blue Angels RV-8A.  Jim is a retired United States Air Force fighter pilot.  He’s flown everything from the A-1 Skyraider to the F-16 Viper, and the U-2 Dragon Lady.  He also served two tours in Vietnam and Desert Shield/Desert Storm.  Currently Jim flies the Wright B Flyer and is an active Red Star and Cincinnati warbirds pilot.

Scott owns and flys a Nanchang CJ-6A he restored. Scott is an active Red Star Pilots Association pilot who is married to Colonel Janice Wallace, the current AFMC Command Surgeon at Wright-Patterson AFB.

Bob owns and flys a Nanchang CJ6. Bob is a Vietnam war veteran and earned a distinguished flying Cross.  Bob is an active Red Star pilot.

Dan owns and flys a T-34A.  Dan is working towards his wingman certification with the Red Star Pilots Association. 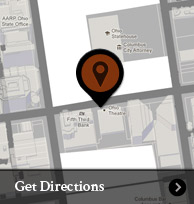